Residents in Bali are fleeing for safety, after Bali volcano shuts down flights.

Today, Indonesia upgraded the Volcano Observatory Notice for Aviation (VONA) from Orange to Red, which is the highest warning, after Mt. Agung erupted several times this weekend. Various airlines have cancelled their flights to and from Bali, as the ash cloud has now reached as high as 7,600 metres above sea level.

Bali’s Regional Disaster Management Agency said that the first eruption was around 5:30pm local time, on Saturday. Then continued into Sunday, with what they call a “medium-pressure eruption”, that sent ash 2000 metres into the air.

The neighbouring airport of Lombok is also closed until Monday, due to the ash clouds.
The National Agency for Disaster Management issued a Level 3 Alert, and said that there must not be any public activities within 6 to 7.5kms from the peak. And it was advised that anyone within that distance, must evacuate.

In a statement from Indonesia’s Disaster Mitigation Agency, it was said that; “Tourism in Bali is still safe, except in the danger (zone) around Mount Agung.

It was also reported that ash fall appeared half a centirmetre thick in the villages of East Duba, North Duba, Besakih, Sidemen, Pempetan, Sebudi, Tirta Abang, Bhuana Amerta in Klungkung, as well as some of the villages in Gianyar. 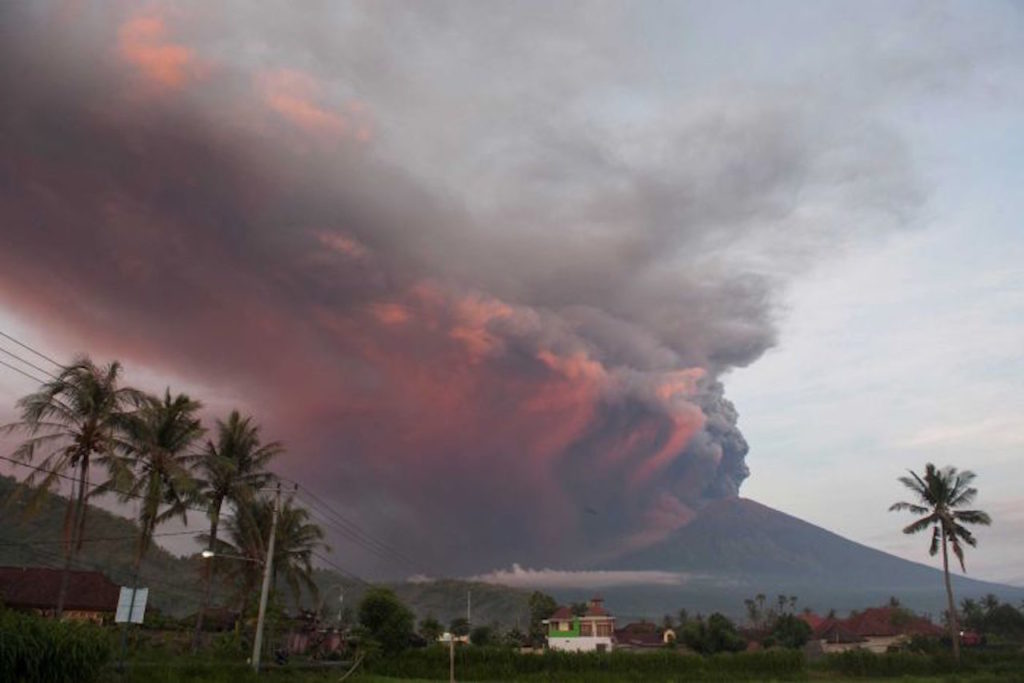 Masks are being distributed in Bali, as well as Pulau Lombok.

Has your journey been affected?

‘Travel Advisory’ issued by Germany, after their win...

Plane Loses Control And Skids Off Runway In...

Disneyland Is Set To Open Their First Ever...